It’s been a bit hectic in the studio lately, with a move and all of the packing / unpacking that involves, not to mention a lot of lovely projects that I’m not even allowed to show you yet! I’ve also been working for Hong Kong on some product design, which is such good fun and involves a whole different timezone to figure out! I do however have some that I can show you!

A little while ago I received another commission from the brilliant folks over at ITV, who were throwing a bash called ‘ITV Upfronts’. I was given the task of coming up with a variety of Garden Gnome designs for two of the presenters on popular cheeky panel show Celebrity Juice, Keith Lemon (or Leigh Francis, to his wife) and Holly Willoughby. It was quite a quick turnaround, but I loved the creative freedom I had with this, and Keith Lemon in particular is such fun to draw. Each character was drawn in 3 rotations, but I won’t bombard you with all those!
On the night of the event I was delighted to see photos of the gnomes in lots of different locations that were being uploaded onto Twitter after ITV had set a competititon for the most creative! In fact, the ITV Twitter bods liked the entries so much that they created a gallery of the best photos! You can see it here, and of course all of the other photos on Twitter by searching for #itvupfronts.

So, without further ado, here are the two chosen designs both in sketch and in their eventual Gnomy glory. 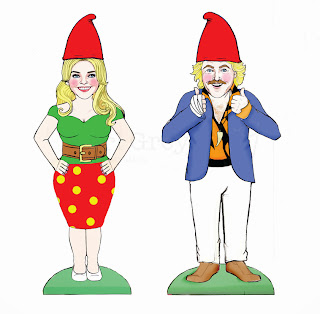 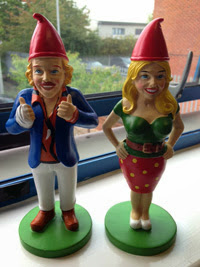 And some that didn’t make the cut! 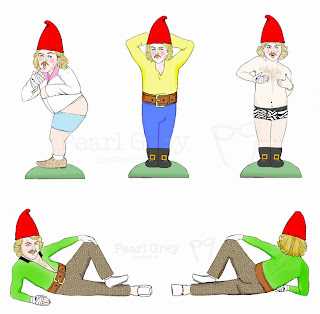 Including these guys, who didn’t end up at the party (poor Ant and Dec). 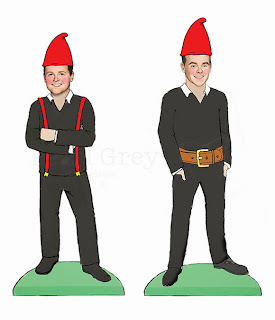 More to come soon, including images of my most recent book illustrations!
Don’t forget you can receive the latest information about my projects over on my Facebook page (feel free to give it a ‘like’!) or on Twitter.