Have You Seen the Shard?

I am just so excited to share this with you! I thought I would have to wait a couple more weeks but I have had permission so here goes…

Last September (doesn’t that seem an age ago?!) I had a phone call from Elbow Productions in London. This in itself was fabulous, but what was even better was that I had the opportunity to work with the talented Mari of MDLLS again! I always find our projects such fun, and this one was no exception!
It transpired that a couple of large illustrations were needed for a very special, top-secret project, which I can now reveal to you as a giant mural for the lobby of the Shard in London! For those that don’t know, the Shard is the tallest building in London, and until recently was the tallest builing in Europe. I can’t tell you how excited I was!

The mural was to be a highly detailed and cheeky take on famous Londoners, the objective being to entertain visitors at the very beginning of their experience at the Shard. It was up to me to depict Jack the Ripper (who was being tracked by Sherlock Holmes) and Ratty and Moley from Wind in the Williows… on a jetski! In keeping with the look of the rest of the collage effect samples on the mural (realistic, textured and grayscale) I scanned in some vintage fabric samples from my modelmaking supplies to work into. They have since been coloured to match the rest of the mural, so I shall provide samples of the finished panels when the Shard opens on the 1st of February, 2013. Unless you want to see them in person, in which case you can purchase tickets here! I’m so happy with how they turned out, and even more so to see them in context! I hope you like them, too.

I’ve been eagerly anticipating the opening day, and watching the build up gather speed over the last few months until the time came when I could reveal my involvement. This is one of my favourite articles about the mural itself, from the Huffington Post.

I have a terrible fear of heights, so I doubt I shall ever venture to the top of this gigantic building, but absolutely loved doing these drawings. So while I’ll never reach the 72nd floor, I can honestly say I’d be happy enough in the lobby! 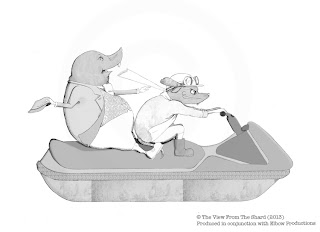 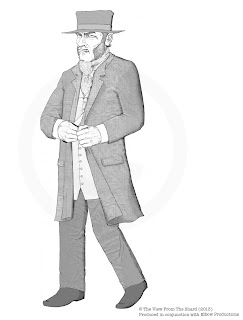